An Open Letter to All the Disheartened Clinton Voters

Resistance Is Not Futile.

Donald Trump will be the next President of the United States.

We put up a good fight.  It didn’t end the way we wanted it to, needed it to.  We lost.  Did the fight matter?

Resistance, in any form, to any kind of assault or violation, does not guarantee a particular outcome.   And when the outcome is unwanted and scary and painful and wrong, and violates our individual and collective rights to freedom and empowerment and self-determination and safety, it can feel like the resistance was futile.

It was not futile.  As Hillary Clinton reminded us in her moving concession speech this morning, it is not futile.

As scholars who advocate self-defense, we want to remind you of an important lesson from the data on self-defense: that the process of resistance is critical and empowering and positive, even when the outcome is negative.  In the face of assault, women who knew resistance was an option and who made the best choice for themselves in that moment – whether that was verbal resistance or physical resistance or simply the determination to survive – had better physical and psychological outcomes following an assault than women who believed they had no choices.

We do not fight solely because we want a particular outcome.  We fight because we are worth fighting for.  And the fight is important on all levels – for individual people, for what it communicates to our families and friends and communities, for how it changes rules and norms and structures and policies and laws.  We fight for what the fight says about and means to us.

What is the next step?  There is no “right” answer to that, because resistance is multi-faceted, broadly defined, and individually determined.  Yes, we will have successes and setbacks.  But we know we will, as Hillary implores us to, go on fighting. Because, as Hillary said, “fighting for what’s right is worth it.” 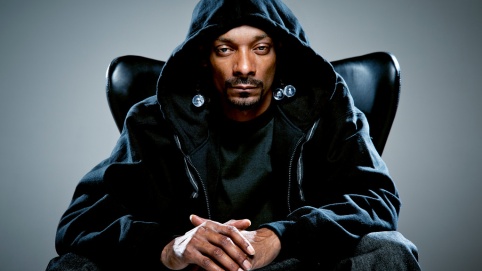 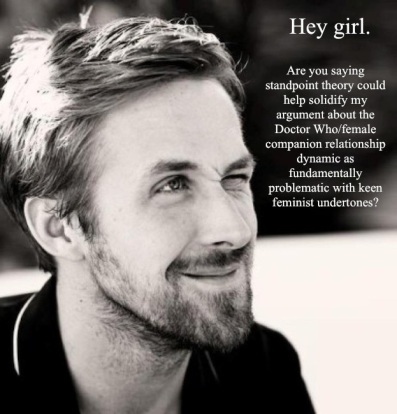 Those memes represent one of many seriously silly mashups of high theory and pop culture.  Many more examples abound: KimKierkegaardashian (@KimKierkegaard), the Twitter account that tweets the philosophy of Søren Kierkegaard mashed with the tweets and observations of pop star Kim Kardashian, and Kantye West (@Kantye_West)–whose statements such as, “Thieves! You may rob Kim of her jewels but never her inherent ability to rationalize the graspable content of her own surroundings,” read as if the 18th Century Enlightenment philosopher and the music producer/rapper belonged together.

And so, in our continuing mediatized efforts both to amuse and to make a difference for women’s empowerment, we bring you our very own mashup:

For a seriously silly mashup of self-defense advocacy told through our beloved Snoop Dogg’s language and lyrics, follow Self-Defense Dogg (@SD_Doggystyle) and when you’ve got something that’s both feminist and fly to say about self-defense, like, “Don’t drink the Red Flag Campaign’s coolaid cuz women can be their own bystanders,” use the hashtag #SD_Doggystyle.